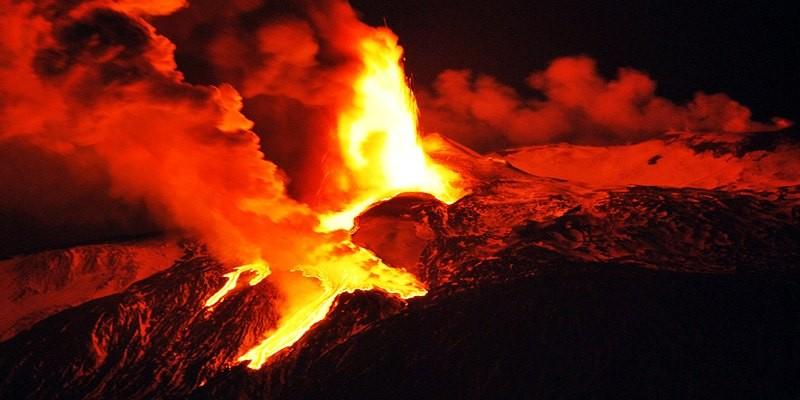 Natural disasters primarily include earthquakes and vulcanic eruptions. Effective use of artificial Earth satellites for monitoring rapid processes has an exceptional advantage over traditional geological and geophisical researh – this is primarily the possibility of continuous observation of hard-to-reach areas, and in the case of using microwave equipment at any time of the year of day.

The researchers explained that predicting volcanic eruptions is very difficult, as each volcano is unique. However, scientists can do this by indirect signs: increased seismic activity, temperature rise, expansion of magma basins and the release of gases.

There was tested a new method to predict volcanic eruptions. We are talking about satellite observations that can be installed even beyond the most difficult of the fire-breathing mountains. A timely warning about the rampant elements can save many lives. More than 800 million people live within a radius of one hundred kilometers from active volcanoes. It is clear that such a neighborhood is fraught with trouble. But people do not want to leave the places, often inhabited by many generations of their ancestors, until “the thunder breaks out.”

True, when a stream of hot gases and ash is already rushing from the slopes of the fire-breathing mountain, it often becomes too late. Therefore, humanity would not refuse a way to predict eruptions for several months, and better for several years before the catastrophe.

Experts say that before an eruption, volcanoes change their shape, this can be observed from a satellite. With the help of satellite maps of the world, scientists are able to inspect the most distant volcanoes and calculate in advance the time of their eruption. This will allow researchers to get to the study site in time, and the authorities will be able to evacuate the local population in advance and take all possible measures to prevent large financial losses.

The new study gives hope for a cheap, and most importantly, effective method of such a forecast. We are talking about measuring the temperature of volcanoes using satellites. The satellites Terra and Aqua, which register infrared radiation from the Earth’s surface, were used as a thermometer.

Scientists have summarized observations of several volcanoes over the course of 16 years and revealed an interesting fact. Several years before the eruption, the temperature of the fire-breathing mountains rose. This effect was found in five relatively recently erupted volcanoes located in different parts of the Earth and belonging to different types.

This rise in temperature was small (an average of one degree Celsius), but covered tens of square kilometers of the area. That is, we are not talking about the appearance of individual hotspots, but about the behavior of an entire volcano. Researchers are almost sure that the matter is in large masses of hot magma rising from the volcanic chamber. However, it is not yet known how its heat is transferred to the surface of the volcano. For example, volcanic gases or groundwater can serve as a “mediator”.

Not only an increase in temperature, but also a change in the landscape, warns of a future eruption. Under the pressure of the accumulated magma, the volcano, as it were, swells, inflates. This effect is small and difficult to see from Earth. But satellites do an excellent job with such measurements.

Scientists have found that the rise in temperature and the “swelling” of the volcano often occur almost simultaneously. Thus, thanks to orbiters, volcanologists have two promising “diagnostic criteria”.

In general, 2021 can already be called the year of awakened “sleeping monsters”. Eruptions have occurred in many countries, including Indonesia, Iceland, Italy, Russia, Ecuador Guatemala and Spain.