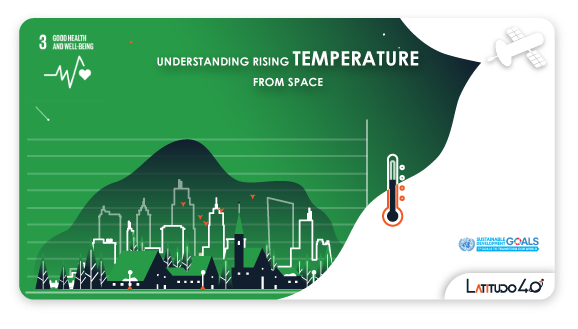 The Sustainable Development Goals are a call to action from all countries – poor, rich and middle-developed. It aims to improve the welfare and protection of our planet. States recognize that action to end poverty must go hand in hand with efforts to boost economic growth and address a range of issues in education, health, social protection and employment, as well as climate change and environmental protection.

Realizing healthy lifestyles and well-being for all is an important part of the sustainable development agenda. The poorest segments of the population need affordable health services, education to improve health, and disease prevention through safe water and sanitation. Sustainable Development Goal 3: Good Health and Well-being is one of the 17 Sustainable Development Goals set by the UN for the period up to 2030. Full title: Ensure healthy lives and promote well-being for all at all ages.

Despite significant advances, inequalities in access to health care remain. Diseases such as AIDS / HIV, malaria, tuberculosis, infectious and noncommunicable diseases and waterborne diseases continue to be relevant. The world is facing an unprecedented global health crisis – COVID-19 is spreading human suffering, destabilizing the global economy and fundamentally changing the lives of billions of people around the world.

Before the pandemic, significant progress was made in improving the health of millions of people. Significant strides have been made in increasing life expectancy and reducing some of the most common causes of death associated with child and maternal mortality. But more efforts are needed to eradicate a wide range of diseases and tackle many different persistent and emerging health problems. By focusing on better financing health systems, improving sanitation and hygiene and expanding access to doctors, significant progress can be made in helping to save the lives of millions.

Ensuring a healthy lifestyle and promoting the well-being of all people at all ages is one of the most important components of sustainable development. The UN concluded that addressing the many new and long-standing health problems requires much more effort than is currently being done.

In general, among the areas requiring funding to save millions of lives, access to medical services, sanitation and hygiene, and the fight against pollution are singled out.

For example, to reduce premature mortality from noncommunicable diseases, among other things, it is necessary to introduce technologies to reduce the use of harmful substances in food production, and also to strengthen the fight against tobacco smoking.

One of the serious challenges of our time is child and maternal mortality, as well as the epidemics of AIDS, tuberculosis and malaria. As the UN notes, the first two areas require a significant improvement in the provision of medical services, and the problem of epidemics is not at all given due attention.

Today, four out of five under-five deaths occur in sub-Saharan Africa and South Asia. Children from the poorest families are almost twice as likely to die before the age of five as children from the wealthiest families. The risk of dying before age five also increases if children are born in rural areas and if their mothers are denied access to basic education.

The maternal mortality rate in developing countries is 14 times higher than in developed countries. At the same time, since 2000, worldwide maternal mortality has decreased by 37%, and in East Asia, South Africa and South Asia – by two-thirds. In developing countries, the proportion of antenatal care coverage increased from 65% to 83% between 1990 and 2012. However, only half of the women in these regions receive assistance in the recommended amount.

In 2018, there were 37.9 million people worldwide living with HIV, 1.5 times more than in 2000. At the same time, the proportion of HIV-infected people receiving antiretroviral therapy increased from 2.3% to 62% over the same period.

More than 32 million people have died from HIV worldwide, 770,000 of them in 2018. Tuberculosis is the leading cause of death among people living with HIV, killing one third of all those infected.

Between 2000 and 2015, more than 6.2 million deaths from malaria were averted, mainly among children under five in sub-Saharan Africa. In general, the incidence of malaria in the world has decreased by 37%, and mortality from it – by 58%.

The culture of health is a special part of the development of a nation. A healthy person lives longer, enjoys life more. Much more effort is required to eradicate a wide range of diseases completely and to address the many and varied new and long-standing health problems. Funding needs to be strengthened in areas such as sanitation and hygiene, access to health services, and air pollution education, which will help save millions of lives.

Latitudo 40 implemented a set of algorithms able to identify surface heat islands on the territory helping targeting priority areas for the implementation of solutions, such as greening our cities with street trees, urban parks, and rooftop gardens. Among our services users have the possibility of monitoring the air quality we breathe. Having accurate data on atmospheric quality allows our cities to make eco-sustainable choices by increasing the health of our citizens.