Geospatial methods to fight against drought 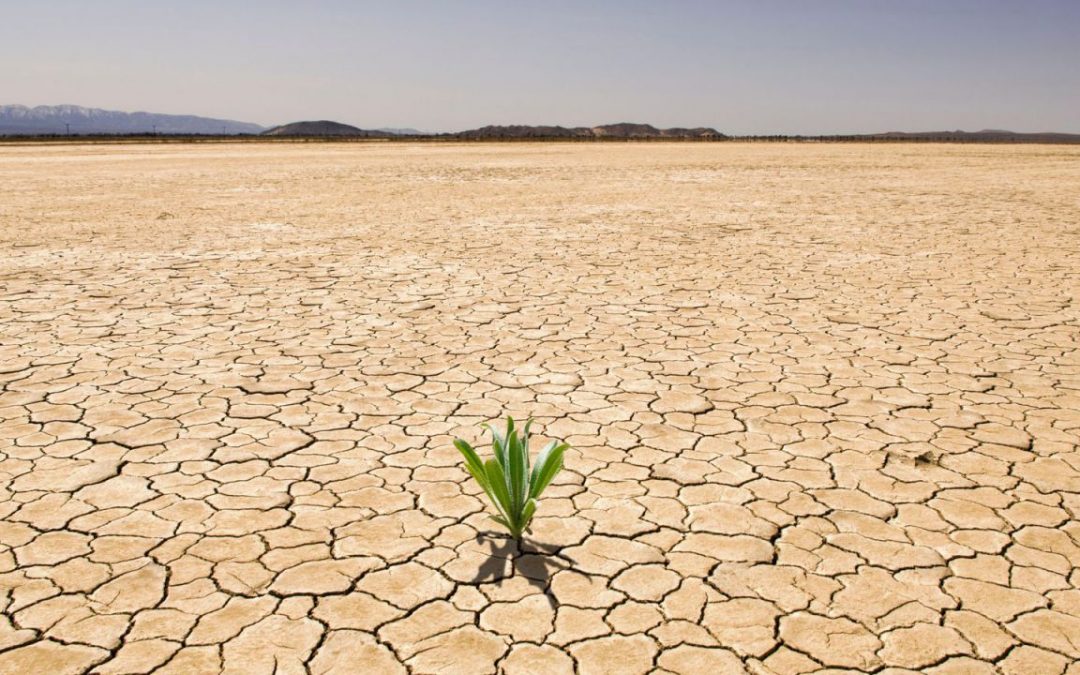 Drought is, as a rule, a complex phenomenon, which is caused by a prolonged and significant lack of precipitation, more often at elevated temperatures and low air humidity. It is a long period (from several months to several years) during which the precipitation is less than usual. As a result of droughts, there is a shortage of water necessary for human life and / or economic activities.

Droughts have severe consequences. Economy, environment, social well-being are all threatened by drought. Drought has a direct impact on agriculture, which depends on fresh water supplies. According to many experts, the potential damage from droughts is so great that it is impossible to estimate it in monetary terms.

Desertification is one of the most disturbing global environmental degradation processes of our time. One third of the Earth’s surface is subject to degradation, which consequently threatens the health and livelihoods of more than 1 billion people. Desertification and drought result in an estimated $ 42 billion in agricultural losses each year.

According to the Secretariat of the United Nations Convention to Combat Desertification (UNCCD), about 71% of the world’s irrigated land suffers from water shortages. 47% of large cities suffer from lack of water resources. If the current trend continues, then water scarcity and a decrease in its quality will inevitably lead to conflicts.

To truly understand what’s going on, you need to see a picture from space. Satellites are the main assistants for scientists in tracking climate change. They can be used to monitor land use, atmospheric conditions, water bodies, vegetation cover, topography, soils and other characteristics of an area covering large areas, and provide this data in digital format.

Dry soil without plants is the main harbinger of an impending drought. But for a full-fledged forecast, additional data is needed, for example, on the amount of groundwater. Fortunately, now there is no need to dig kilometer holes around the world – it is enough to turn to satellites for information. It is thanks to them that scientists predict major droughts and fires.

It turns out that the amount of groundwater can be calculated through the state of the Earth’s gravitational field. For the first time such a project was launched in 2002. Identical space satellites GRACE with micron accuracy determine the distance to each other and capture the smallest fluctuations in the gravitational field. The smaller the volume of water underground, the less gravitational attraction.

Agriculture, the most climate-sensitive sector, is negatively impacted by natural disasters that can damage or destroy equipment and cause significant damage to crops, livestock, fisheries and forestry. In addition, agriculture is most affected by droughts; this industry accounts for an average of about 84 percent of all economic damage caused by this natural disaster. The consequences of droughts are assessed as much more serious than those of floods. Droughts are a slow-onset disaster as their negative impacts intensify over time.

Satellites can quickly collect data on rainfall, ground temperature, and even water table data – data that can take months to obtain with other methods. Together with physical measurements in the field, they can help governments gain more accurate information about water resources, prepare for droughts, and plan for future water use. The satellite has modern equipment that is capable of collecting and analyzing data on soil moisture and salinity of the oceans. It can detect droughts and wildfires up to five months before they occur.

The parameters indicating the onset of drought that can be detected from space information are:

• elevated temperatures of the underlying surface;

• deterioration of the condition of vegetation during the growing season, up to complete death.

Whether you’re a farm, an agricultural consultant or an IOT startup, you can use Latitudo 40 solutions to optimize your field workflow and monitoring, and to manage your crop and achieve higher yields by leveraging our powerful Artifiicial Intelligence-based algorithms.

No solution can analyze a field better than Latitudo 40, with tools to accurately assess the health of each portion of the land or to count and analyze plants, detect weeds or locate crops in danger.

Latitudo 40 has integrated the main satellite operators’ catalogues and also some from the most promising start-ups in the Earth observation landscape.

Our acquisition engine can find the best image and cut out the portion needed for any specific analysis. For guaranteed, continuous monitoring activities, we perform automatic tasking on many satellites, without any human action, with a back-end connection to our partners’ planning systems. We search and collect petabytes of images from a large number of sensors and constellations, in order to offer the highest level and quality of services to our customers.