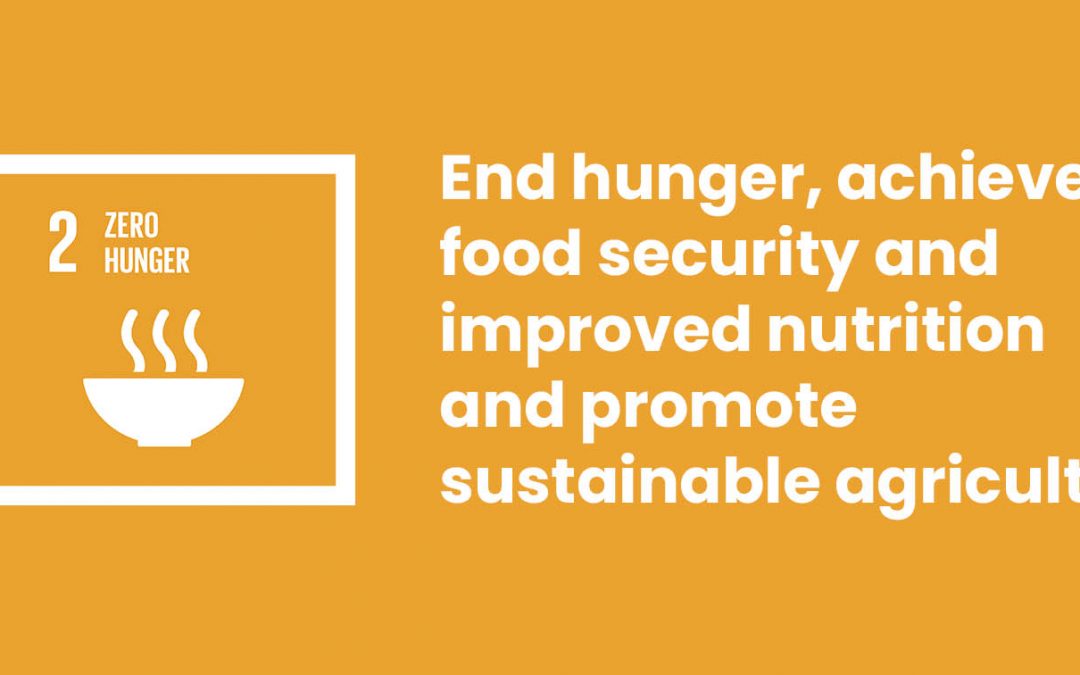 The Sustainable Development Goals are a call to action by all countries in order to improve the well-being and protection of our planet. States recognize that action to end poverty must go hand in hand with efforts to stimulate economic growth and address a range of issues in education, health, social protection and employment, as well as climate change and environmental protection.

This agenda defines a vision for a fairer and more peaceful world in which no one is left behind.

Natural disasters, poor harvests, wars and waste of resources cause food shortages around the world. Hungry people lose the ability to work, become vulnerable to disease and cannot earn more and improve their living conditions.

After decades of steady decline, the number of people suffering from hunger – measured in terms of the prevalence of malnutrition – began to slowly rise again in 2015. It is currently estimated that nearly 690 million people in the world suffer from hunger, or  8.9% of the world population, with an increase of 10 million in one year and almost 60 million in five years. Most of them live in developing countries, but there is no continent where the problem is completely solved. Furthermore, in Africa, hunger is on the rise in almost all subregions, with an average prevalence approaching 20%.

The world is not on track to reach the Zero Hunger goal by 2030. If the trend continues, the number of hungry people will exceed 840 million by 2030. The goal is to end hunger by 2030 and it will require investment in rural and urban areas and social protection to give the poor access to food and improve their livelihoods. On average, the additional annual costs will amount to approximately $ 267 billion (according to World Bank estimates).

Malnutrition places a heavy burden on both developing and developed nations. If stunted growth – insufficient growth for his age – is slowly declining, now more than two billion adults, teens and children are obese or overweight. This has serious implications for the public health system, national well-being and the quality of life of citizens and certain groups in society.

Up to 80% of the food consumed in most developing countries comes from 500 million smallholder farmers. Investing in these same forms of production is an important way to improve food security for the poorest segments of the population, as well as increase food production for local and global markets.

Energy poverty is a major barrier to reducing hunger (and producing enough food to meet future demand) in many regions. Globally, 1.4 billion people lack access to electricity, most of them in rural areas of developing countries.

These worrying trends coincide with the decline in land availability, the increase in soil degradation and biodiversity, and increasingly frequent and severe weather events. Complicating the situation is the impact of climate change on agriculture.

With over a quarter of a billion people potentially on the brink of starvation, swift action is needed to deliver food and humanitarian assistance to areas most at risk.

By 2030, sustainable food production systems and agricultural practices must be ensured that increase resilience and productivity and increase production, support the conservation of ecosystems, improve the ability to adapt to climate change, extreme weather events, droughts, floods and other disasters and gradually improve the quality of the land and soil. At the same time, the global food and agricultural system must be revolutionized so that it can feed the 690 million people who suffer from hunger today. Improving agricultural productivity and sustainable food production are key to reducing the risk of hunger.

Why is it essential today to monitor agricultural fields?

Crop monitoring not only prevents the production and spread of pests, but also ensures that diseases and weeds that tend to appear are kept under control without causing serious problems in terms of performance and final product results. Latitudo 40, thanks to its AgriAlytics platform, allows a more productive, more effective agriculture with greater respect for the environment and natural resources. Thanks to remote sensing algorithms we monitor crops and increase the productivity of each individual field by reducing the use of water and fertilizers.