The phenomenon of urban heat islands: history and effects 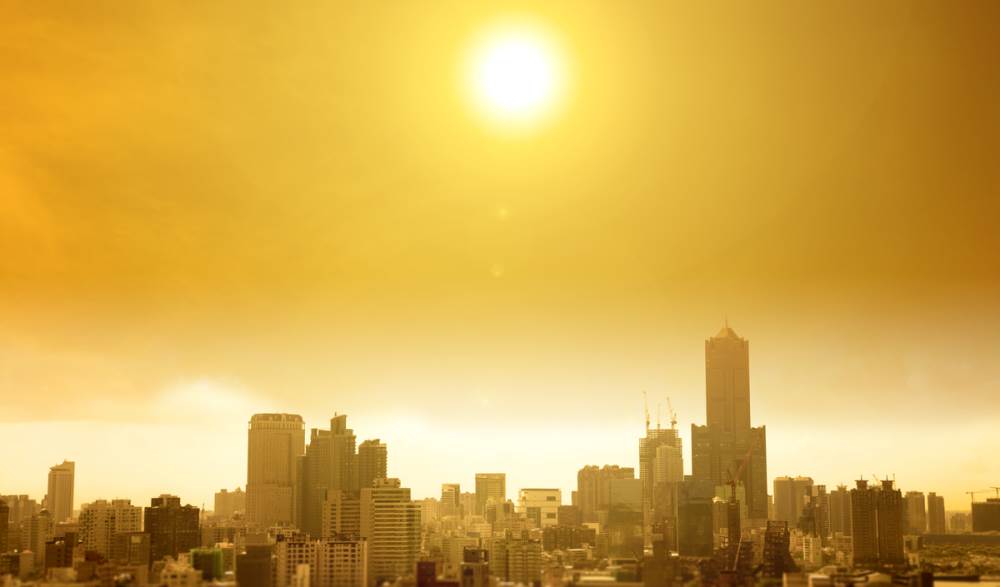 An urban heat island is a phenomenon in which the temperature in a city is significantly higher than in the surrounding area. Sometimes, this can cause very high temperatures in cities, which can pose a real threat to the elderly, the sick or children. Urban infrastructure stores heat more efficiently. Under favorable conditions, the temperature difference between the city and the surrounding area can reach 10-15 degrees.

This urban heat island phenomenon was first discovered by the Englishman Luke Howard in 1810, studies on heat islands started mainly in the mid-20th century. To date, a fairly large amount of research has been accumulated on this phenomenon.

The sun is the main source of heat. In open areas (for example in meadows), the earth receives heat (absorbs) during the day and gives it back (radiates) during the night. The clearer the sky and the clearer the air, the more efficiently it works. In addition, plants create their own comfortable environment. Moisture always evaporates from their surface, which contributes to a decrease in temperature (heat is spent on evaporation) – similar to how we sweat in the heat. This slightly lowers the temperature during the day and promotes night cooling. Another factor is the shadow effect of tall, dense foliage, especially in dense forest areas. Therefore, during the day in the forest it can be 3-6 degrees cooler than in the adjacent open area.

On the streets of a big city, where tall buildings prevail and there is no lush vegetation, the effectiveness of natural cooling is much less. Rather, the opposite is true: megacities increase warming. This is done by heating the additional surface of numerous tall buildings by the sun. In addition, stone and concrete retain heat well. At night this heat is radiated, but unlike the countryside, it does not escape into the atmosphere, but is reflected back and forth between the walls. Another factor preventing thermal radiation in large cities is the increase in air pollution with aerosols and dust particles.

The formation of the “heat island” is also associated with the peculiarities of the geometry of the earth’s surface on the territory of the city. Tall buildings have a large surface to reflect and absorb solar radiation, which increases the heating intensity of urban areas. This phenomenon is called the urban canyon effect. Cars, industrial plants and other sources also contribute to the generation of excess heat. High levels of urban pollution can also exacerbate the heat island effect, as many types of pollutants alter the radiation properties of the atmosphere. Heat loss in the energy sector is the second determining factor. With the growth of urbanized centers, more and more territories change, and so does the average surface temperature inside them.

In many urbanized cities around the world, most of the city’s territory is set aside for buildings and streets; they, in turn, are composed of materials such as asphalt and concrete. Therefore, the temperature of their surfaces when exposed to sunlight at noon can reach 50-60 degrees Celsius. This cumulative mass of heat from houses and streets doesn’t have time to cool down even at night. For example, in Tokyo, 77.7% of the city area is dedicated to buildings and roads, 8.5% to free greenhouses and other buildings, and only about 13.8% to the natural landscape. Consequently, cooling the city naturally becomes very difficult and costly over time.

Another feature of the contribution of buildings to the formation of a “heat island” is that winds are blocked in the city, which leads to a decrease in the intensity of convective cooling. The shape and image of the urban landscape are essential elements for urban cooling. Here, dense, tall buildings can impede the city’s ventilation by blocking the flow of wind. As a result, the heat generated by human activity from the surfaces of buildings and streets is retained within the urban space. Therefore, currently, before designing a city, planners take into account not only the wind rose, but also create ventilation simulations of the city.

The urban heat island manifests most vividly in early spring, when there is no more snow in the city, but it is still outside the city. As in the case of humidity, evaporation of the snowpack requires energy which, other things being equal, could be used to heat the air.

Understanding the heat island effect is critical to formulating strategies to reduce energy consumption and prevent dangerous high temperatures. It is possible to reduce the effect of climatic urbanization through landscaping, maintenance of the snow cover and irrigation of the territory on hot days. A competent urban planning policy is also important, not only aesthetic but also ecological.

At Latitudo 40 we work to give a concrete contribution to the broad and fascinating theme of Smart Cities and to foster a future vision of the places where we live. This is why we develop and improve a number of indexes that measure the quality of urban life, combining parameters such as the number of green areas and buildings, providing a continuous update overtime of the cities’ evolution.