The function of satellites in monitoring the melting of glaciers 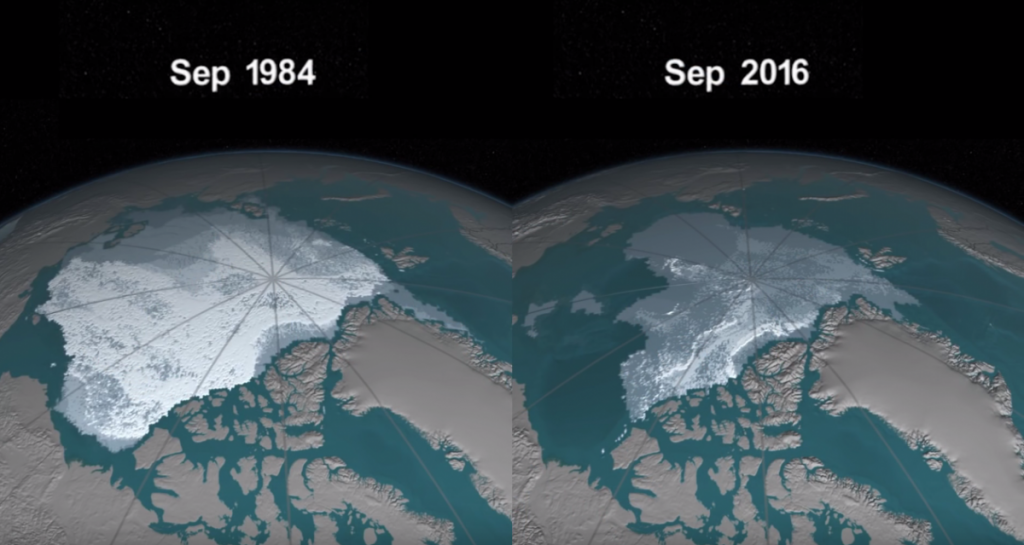 Climate change: what does it mean?

Climate change is the long-term human-induced changes observed and predicted in climate averages, as well as climate variability, including anomalies such as droughts, severe storms and floods. Scientific evidence tells us this has happened more than once in Earth’s history.

Yes, the climate has changed in the past, and even more than now. But never before has it changed so quickly. Climate change threatens our ability to achieve global food security, eradicate poverty and achieve sustainable development. Greenhouse gas emissions from human activities are a major driver of climate change, as they trap heat in the earth’s atmosphere, causing global warming. In recent years, the climate on Earth has changed considerably: some countries suffer from abnormal heat, others from too cold and snowy winters, unusual for these places.

Human-induced climate change affects life support systems from mountain peaks to deep oceans. Environmentalists talk about global climate change, including an increase in the average annual temperature that causes glaciers to melt and sea levels to rise. The huge amount of carbon dioxide absorbed by the oceans causes acidification, compromising the health of our oceans and those whose livelihoods and food depend on them.

Glaciers are the most important indicator of climate change and a source of fresh water in mountainous areas: melting glaciers are the cause of life-threatening situations (floods, avalanches and mudslides).

Ice caps and glaciers around the world are losing mass. Between 1979 and the present time, the extent of Arctic sea ice decreased for each month of the year. The intensification of forest fires and the abrupt melting of permafrost, as well as changes in the Arctic and mountain hydrology, have led to a change in the frequency and intensity of disturbances in the balance in the ecological sphere.

A group of experts has published research data on climate change, according to which the rate of ice melting on the planet has increased at a record pace. Scientists analyzed data from satellite observations over the past 30 years, covering 215,000 glaciers, from the polar shields of Greenland and Antarctica to mountains and drifting sea ice.

Glaciers are rapidly turning into fresh water and this not only raises the level of the world’s oceans, but also reduces the reflectivity of the planet. As a result, the sun heats the Earth even more, the whole process develops exponentially. Researchers argue that glacier degradation is moving according to the worst possible scenario, the world ocean level has increased by 35 millimeters in three decades.

What happens if absolutely all the ice on the planet melts? The first thing this will lead to is that the ocean level will rise by nearly 70 meters. Not a single coastal city will survive – everyone will go underwater. To approximate the scale, we can say that from the 100-meter bell tower in Piazza San Marco in Venice, only the spire will remain on the surface and the whales will be able to roam the square itself. Vladivostok, New York, London, Shanghai: they will all disappear underwater, only skyscrapers and television towers will be visible.

Why do we need satellites?

Satellites will become crucial in the coming decades in combating the growing effects of global warming, including rising sea levels, melting glaciers, hurricanes and massive fires.

Satellites use multi-frequency instruments to monitor the earth’s surface. For example, infrared radiation is used to measure heat, microwaves are used to observe through dense clouds, and visible light is used to obtain images. They can analyze the earth’s surface even through small “interference” such as clouds or foliage. They allow you to track carbon emissions, changes in ice cover in polar caps and glaciers, and changes in temperature.

Today, the main tool for studying glaciers are hiking research expeditions. On the one hand they give precise and unambiguous results, but on the other they require great human and material resources. Due to a lack of funds, observations of many glaciers are often interrupted. Using data from terrestrial remote sensing satellites is possible to effectively study the ecological situation, for example the state of the planet’s glaciers. The advantages of working with remote sensing data: possibility to explore areas of difficult access (inaccessible), wide coverage of the territory, safety, economic accessibility.

However, for satellite data to be useful for determining long-term trends, it is important to ensure that these data are climate-accurate and homogeneous.