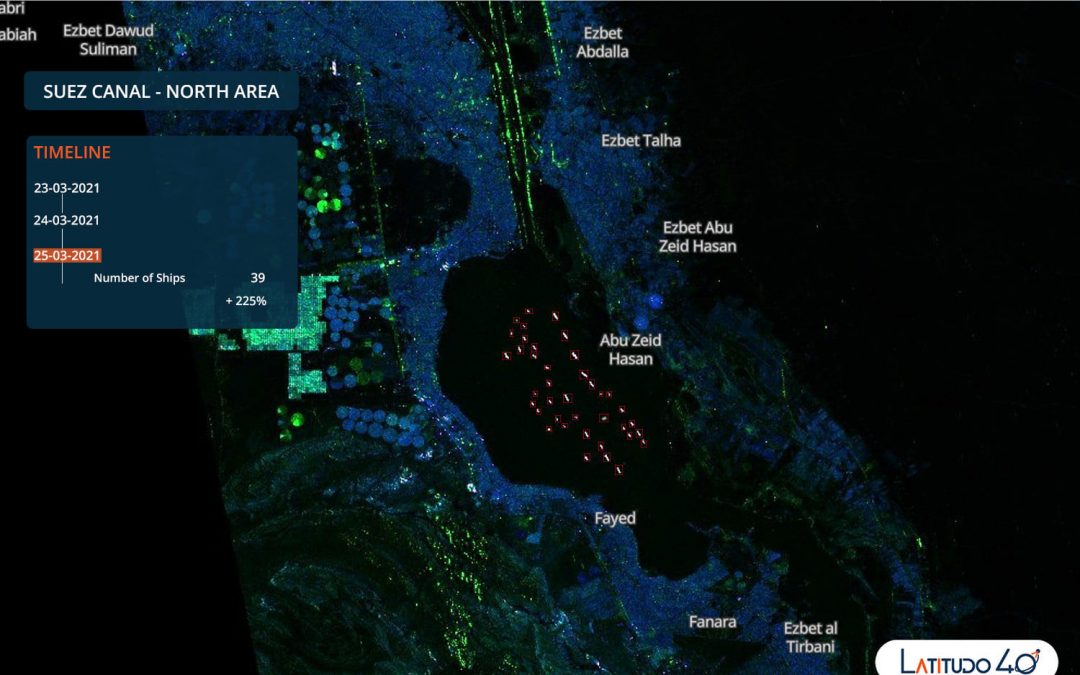 Since last Tuesday the Ever Given container ship has been blocking the Suez Canal following a sandstorm. This has caused the total stop of one of the busiest stretches on the planet, where 12% of goods circulate.

The prolonged disruption of traffic in the channel, Bloomberg notes, will bring “costly delays” for European companies that depend on a steady stream of Asian import. The risk is of a disruption in the supply chain for everything from oil to cereals to automobiles – an estimated loss of $ 10 billion a day.

Latitudo 40 is now using its own object detection algorithms to monitor the evolution of the situation in the Suez Canal: in the attached images we can see the ship traffic on day 20th and day 25th (both north and south), with a focus on the great merchant ship stranded.

Facing the uncertainty about the reopening of the channel, shipping companies have begun to choose alternative routes for the passage from the Red Sea to the Mediterranean. Several ships, oil tankers carrying liquefied natural gas have been diverted, three of them to the longest route around Africa, through the Cape of Good Hope. At the moment there are 200 boats blocked, in continuous increase.

Latitudo 40 will closely follow the emergency with constant monitoring in the next few hours / days, through its platform that allows you to search, process and automatically process the images produced by the satellites around the Earth and transform them into information to simplify business processes with powerful artificial intelligence and machine learning algorithms.